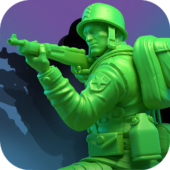 Army Men Strike  is a strategy/management game in which players have to create a camp of toy soldiers. Managing your base is just the beginning, of course – you’ve also got to lead your army men in battles against your many enemies.

You can create your own operations base, complete with different types of buildings that obviously can get leveled up. Plus you can recruit new units for your toy army – infantry, jeeps, artillery units, tanks, and much more.

The battles in Army Men Strike are very simple: you’ve basically got to pick where you want to deploy your troops and they’ll take care of the rest. The only thing you can do is launch artillery from your position in the rear. That shelling can still make a difference, though.

Army Men Strike is a very entertaining strategy game with a gameplay that’s quite reminiscent of the brilliant Boom Beach and similar titles. The best thing about the game, in any case, is its toy-army ambience. 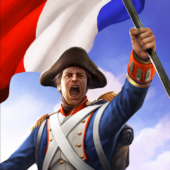